We know that time (and DVR space) is valuable.  So we’ve picked the best new dramas of the 2011 Fall season!

Pan Am – Whether you still remember when being a pilot was one of the nobler professions around or just remember that pilot who was on the Bachelor, we think you’ll like Pan Am.  This new ABC offering centers on the world of 1960’s air travel and also brings Christina Ricci to TV.

Person of Interest – Full of shadowy characters, government intrigue, and technology that even Orwell couldn’t conceive, Jim Caviezel’s latest small screen venture is sure to be one of those shows that keeps you addicted by way of slowly revealed secrets and phenomenal action sequences.

Unforgettable – Fans of Without A Trace will welcome the return on Poppy Montgomery in Unforgettable.  Montgomery plays a New York detective incapable of forgetting anything.  Her gift is based off of a real medical condition called hyperthymesia that afflicts an infinitesimal portion of the population, which happens to include actress Marilu Henner.

Terra Nova – If you’ve been watching Falling Skies this summer (our breakout Cable pick), then you will love Terra Nova.  Produced by Steven Spielberg, this slick action-drama  takes us from 2149, when the world has become uninhabitable, to prehistoric times where humans are trying to rebuild.  The central time-traveling family soon finds out that the problems of the future may have been brought into the past. 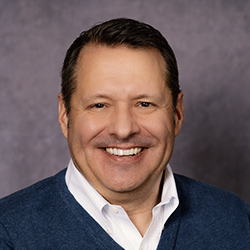